There’s much truth to that, because if we have something important to say on facts or law, any competent lawyer will put that up front.

This idea came home to roost on Friday when Rudy Giuliani spoke on behalf of Donald Trump. Or at least he tweeted, which apparently is good enough for legal representation these days.

The tweet came on the heels of Trump claiming he answered the questions of Special Prosecutor Robert Muller “very easily.“

But Giuliani went off message as he completely contradicted his client, saying: “Answering those questions was a nightmare. It took him about three weeks to do what would normally take two days.”

So what to do? Well, this is where the Sandburg quote comes in…notice how this Giuliani tweet is utterly devoid of facts and law on the issue at hand…

Some in the media are distorting my statement that answering the questions was a nightmare. That is because as President he was interrupted so often with critical and more important matters. It illustrates why Mueller should end this now and media should be fair.

Giuliani starts in one place, trying to reconcile his comment with his client’s. But then goes wildly off course, in the space of one measly tweet, and Mr. Law and Order asks for immunity.

Lawyers aren’t fooled. We know distraction when we see it, and the job of Lawyer 1 is to make sure that the judge sees that Lawyer 2 never addressed the issue. The only thing the purple pants arguing  lawyer did was destroy his own credibility on the next issue, whatever the next issue may be.

Here, the issue was whether Trump was answering the questions and Giuliani simply makes an argument that presidents are busy, so Mueller should stop asking questions.

Sometimes, the things to look for are not the distortion of facts in a case but the distractions of opposing counsel. Trump does this all the time, of course. You can ask him about campaign contribution violations and he’ll answer something having to do with Hillary Clinton.

But when lawyers do it, it really brings home the point that there’s trouble in the house and the lawyers don’t have the tools to deal with it.

When you don’t have the facts… syndicated from http://personalinjuryattorneyphiladelph.tumblr.com/ 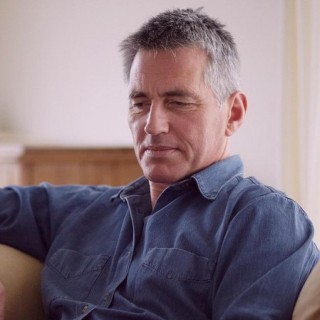 Antonio Riley's practice focuses on Social Security Disability Law. He has represented thousands of individuals in their claims for Social Security benefits. Prior to working as a disability attorney, Antonio focused primarily on administrative law at the local, state, and national levels working with government agencies, non-profit organizations and private law firms.